As I began writing this piece there were four more days of sitting shiva happening in our home. This shiva process has been an incredible blessing for me. I have facilitated and been present for many folks at this time, but never been the one to receive this offering. This last year, my father’s death was always on the table. We all knew it could happen at any time, but his will to live and his longevity, had us all a little fooled.

It’s been hard for my husband and I not to blame ourselves for taking him to the beach on a day that turned cold. It was sunny when we left the house, but by the time we got to Trinidad, the weather was cloudy. Also, it was the once a year fish festival, so everything took a very long time, which really wasn’t good for my father. The excursion to the beach was the equivalent of an aerobic work-out for a man with a weak heart, bound to hasten his heart giving out. I didn’t think this at the time, because my father, even in his slow weakening over the last few months, still seemed so vital and alive. This is not about my guilt, although I have some, which I think is okay. Perhaps he would have died a few days later or we might have had him for a few months more. If I’d been in charge, we certainly would have had more time together in the sun and in our home. I’m not in charge though, the Holy One is. My father’s pull date was never in my control.

It was a good last day of him being aware and enjoying his family and surroundings. As we were walking by the Seascape restaurant on the pier, my father said “wouldn’t it be nice to have some French Fries?” I’d been cooking for days to make a Father’s Day Moroccan dinner for my Papa and my husband, and I knew that French fries would eliminate any chance of my father eating that meal. I motioned for my husband to take him down to the pier and indicated that I’d go procure the fries as a surprise for my Papa (papas for Papa).

It took forever, because the restaurant was packed. I’d never ordered fries from this particular place, but when I finally got them fifteen minutes later they were in a large brown paper sack, that was warm, with grease coming through. Kevin and my father were coming towards me and I handed my chilled father a hot bag of fries. His face lit up, he put his hand in the bag and encountered warmth and grease and took a bite and was so happy. We all tried some and I have to say, I do not think I have ever had better fries in my entire life. I am never going back to this restaurant because they are seriously dangerous and I might only ever eat fries again for the rest of my life. Ethan, Kevin, my father and I just kept reaching our hands into the bag. It was truly a never-ending bag of magic delicious ever-warm fries.

We loaded my father back into the car and decided to take the scenic route home, hoping for some sun over the water. This was a bad choice as well, because the road was bumpy and my dad had to hold onto the handle above his seat to feel secure in some parts and that was effort-full and the sun never came out, so the view was obscured and it was just a long twenty-minute bumpy drive. By the time we got to our home and I got my father in his bed, he was not feeling well and had spiked a fever. This was the first fever he’d had since I took over taking care of him (over 6 months full-time care) and I knew it wasn’t a good sign.

Our beloved friend Ana, one of our care-givers, and her boyfriend, had come over for dinner. Originally my father had wanted to meet the boyfriend and give his approval or not! This was not to be. While my sons, husband and our company were eating the meal I’d prepared, I was with my father, trying to get him comfortable. The Humboldt Hospice nurse and I were on the phone a great deal and I got Tylenol into him and started him on .25 ml of morphine every hour for the first time. Ana, gave me a short break and I had a quick bowl of soup while she held his hand. Then Issac and Ethan took a turn.

I spent that evening giving him doses of morphine every hour or more, but in the morning he was miserable and uncomfortable and told me he was miserable. At this point the nurse was on her way and I asked him to wait a few more minutes before I upped his morphine dosage. I thought perhaps the nurse would advise me to do something different or more. He agreed to wait and our regular nurse Tiffany came to our rescue. She wasn’t supposed to be working that Monday, but the Holy One and the Angels must have worked some magic for us, because she happened to have traded shifts with someone, without knowing at the time, we would need her so desperately.

This was huge for me and my father, because she wasn’t someone he didn’t know. She knew him, us and our situation. She helped me get my father set up better in the bed and told me to increase the amount of morphine from .25ml to .50ml every hour and to let me know if that wasn’t working. It did work and from that point on, my father was not uncomfortable or suffering, that we could tell. She told me to call family and tell them he had a day or a few more hours most likely left. She felt certain that he’d had some kind of episode, and I felt so too, because his hands were shaking a lot and he just never had that happen before. I spoke with my brother in Boulder and told him to come now if he felt he needed to. He and my daughter looked into it, but it was pretty clear things were moving very fast.

So, with the help of my sons, we set up the computer by the bed so he could see them and they could see him and my smart technology savvy sons made it possible for my brother, his partner and my daughter to say goodbye to my father visually. He was still conscious and saw them and could smile, but couldn’t talk. He was lucid until his last two hours and could communicate with me via his mouth. I would ask him if he wanted more morphine or water or chocolate (his favorite thing in the world). “Yes,” would be open mouth, “No,” would be closed mouth, and this worked for us. When the small glass I was using, made by my friend Bryan Raskin of Mirador Glass, no longer worked, he was hydrated throughout his last hours with dropperfulls of coconut water or water. I hate plastic and the feel of the smooth glass was soothing for my father and for me.

During my long vigil with my father (from Sunday afternoon until Tuesday, early a.m. hours), in the afternoon on Monday, I started getting a Maurice Chevalier song playing in my head. It was from our childhood and the chorus goes: “Paris, je t’aime, je t’aime, je t’aime.” Which means, Paris I love you, I love you, I love you. Now, Paris is where I was born, where my father had the best times of his life with his beloved wife Judy, may her memory be for a blessing. I changed the lyrics interspersing, “Papa, je t’aime….,” with the Paris part. He loved that and smiled. I told my brother and he found the original record we’d listened to as children and he put that on for my dad, via our technology sharing. My papa loved that.

The computer became a hindrance, since I wanted to be holding my father’s hand and he wasn’t really in a visual mode anymore. So, we switched to speaker phone and for the final hours of my father’s life in a body, my brother, his partner and my daughter were present. My mother and Kenny were also able to say goodbye this way and this was very important and a huge further healing/tikkun. We all sang to him and cried with him and told him we loved him and would miss him, but were ready for him to go. He was pretty lucid until shortly before his dying. The last words he heard was my chanting the Shema to him.

I will write more about my father’s final weeks and his coming to a belief in an after-life, after 95 years of avid and strong atheism. This made his leaving, for me, so much easier, because he was finally less afraid and had a bit of hope about joining his wife and daughter, my sister Paula. He took his final breaths in the arms of myself and my son Ethan, with our family present for him across many miles via technology that was truly a gift.

Jacobo Alberto HaCohen, (name at his birth), Jack Lawrence (nom de guerre, inspired by his favorite author of the time D.H. Lawrence, so the Nazi’s wouldn’t know he was a Jew, in case he was caught), Jacques Barchilon (American name), Jacov ben Perla v’Haim (Hebrew name) lived 95 full, intense, painful and glorious years from 1923 to 2018, he will be missed.

3 thoughts on “Tending to Ending”

This site uses Akismet to reduce spam. Learn how your comment data is processed.

What are you looking for? 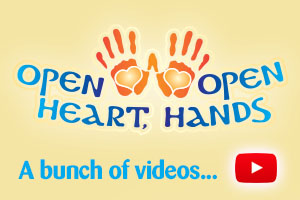 The Ten Commandments of Nicole’s Kitchen